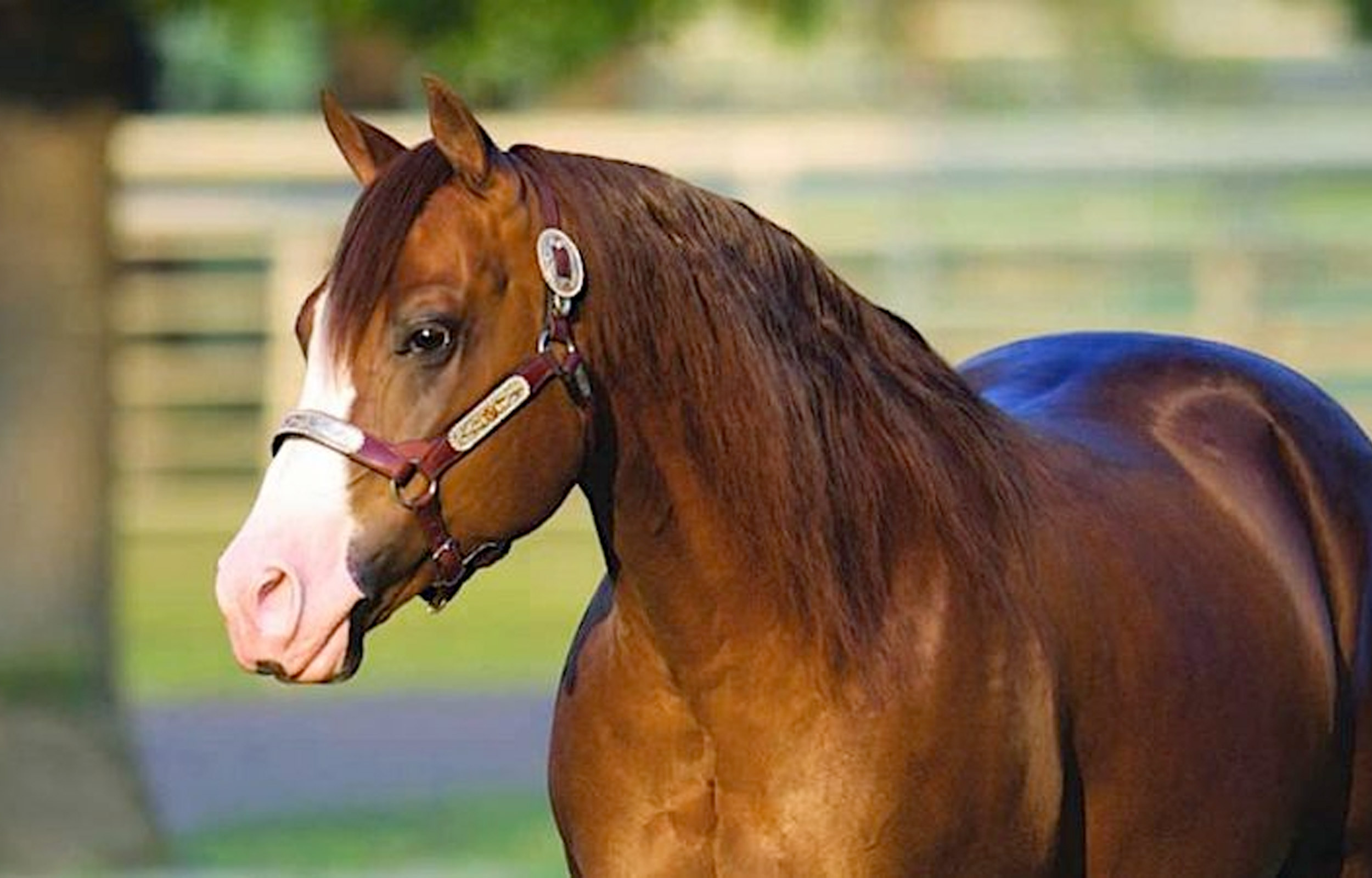 Gunnatrashya recently became one of only a handful of horses to reach an elite rank in the National Reining Horse Association (NRHA).

He is the association’s newest $5 Million Sire.

The 2006 sorrel stallion by EquiStat Elite $13 Million Sire Colonels Smoking Gun (Gunner) and out of Natrasha (by Trashadeous), first became an NRHA Million Dollar Sire in 2017. In every subsequent year, the stallion, owned by Arcese Quarter Horses USA, has passed another million-dollar milestone, and with less than two months remaining in 2021, he’s done it again.

Gunnatrashya foals won more than $30,000 at the recent Southwest Reining Horse Association Futurity, including Makin A Little Trash, who finished third in the Level 4 Open and Reserve in the Level 3 Open.

Gunnatrashya’s achievements as a sire put him in an elite group. He’s one of only eight stallions ever to sire at least $5 million in winners in the NRHA. The others are: Hollywood Dun It, Topsail Whiz, Smart Chic Olena, Gunner, Wimpys Little Step, Magnum Chic Dream and Smart Spook.

Those NRHA winnings are in addition to the more than $271,183 Gunnatrashya’s offspring have won in reined cow horse competition and another $52,489 they’ve earned in cutting. When counting multiple disciplines Gunnatrashya has a sire record of more than $5.4 million in EquiStat, which tracks earnings in several associations and disciplines, – and the rare distinction as a stallion who can sire winners in all three Western performance horse disciplines.

Bred by Katarina Dorminy, Gunnatrashya achieved just as successful of a career in the show pen as he has had in the breeding shed. With EquiStat Elite $6 Million Rider Shawn Flarida at the reins, Gunnatrashya was the 2009 NRHA Futurity Level 4 Open Champion, the 2010 NRHA Derby Level 4 Open Champion and the 2009 All American Quarter Horse Congress Futurity Open Champion. Even with limited showing, he accumulated more than $218,000 in NRHA lifetime earnings.

Gunnatrashya’s top-earning offspring in the NRHA are (NRHA earnings only):